I was reading about a missionary who was ministering in a church in Mexico when a young girl came forward for prayer. She said that she had a ball-shaped tumor behind her ear. She had not gone to a doctor because she was afraid of the diagnosis. The missionary asked her if she could feel the tumor now and she said that she could. As they prayed, the missionary saw a vision of the young girl taking the tumor and throwing it to God, which she felt symbolized giving it to Him.

So, she asked the young girl to do just that as an act of faith in God healing her. The girl acted out taking the tumor from her head and throwing it to God. This action of her faith released joy and peace in the situation. After a little more prayer, the girl felt for the tumor and it was gone! She could not feel it. The missionary checked on the girl several more times during the trip and the tumor had not returned. It was gone!

The Bible tells the story of a woman who had constant bleeding for 12 years and could not find a cure. She came behind Jesus in the crowd and touched his garment and immediately she was healed.

Everyone denied touching him but he said that someone had deliberately touched him because he felt the healing power come out of him. The woman came forward and the whole crowd heard her explain her situation. She confessed that she was the one who had touched the hem of his garment and that she was immediately healed. Jesus spoke to her and said,

Some may ask why doesn’t Jesus just heal everyone in the world who is sick? Doesn’t he recognize the need? He does. By his death on the cross, our healing was provided for in the atonement. So then, the healing doesn’t come based on our need, it comes based on our faith!

“But I had faith and I wasn’t healed,” some may say. I know. When it does and when it doesn’t happen can be mysterious and controversial.

Remember that Jesus taught us to have faith like a grain of mustard seed, the smallest of seeds which grows into a large plant. Our faith does grow, especially as we see his touch in our lives and in the lives of others.

The 700 Club reports on a viewer, Judy Snipes, who suffered from severe pain and headaches for years. Hosts Terry Meeuwsen and Gordon Robertson had words of knowledge from the Lord that pertained to her healing. Judy knew that God spoke to her for healing and by faith claimed it as her own. She was instantly healed and continued to be pain-free from that day forward.

The Bible teaches us that without faith it is impossible to please God. Without faith, we cannot receive the miracles that God has for each and every one of us.

Whatever your need, reach out and give Jesus the reason to say, “Who touched me?” 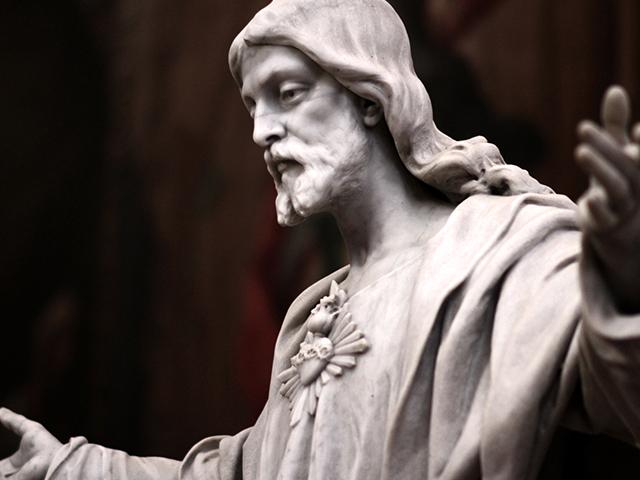