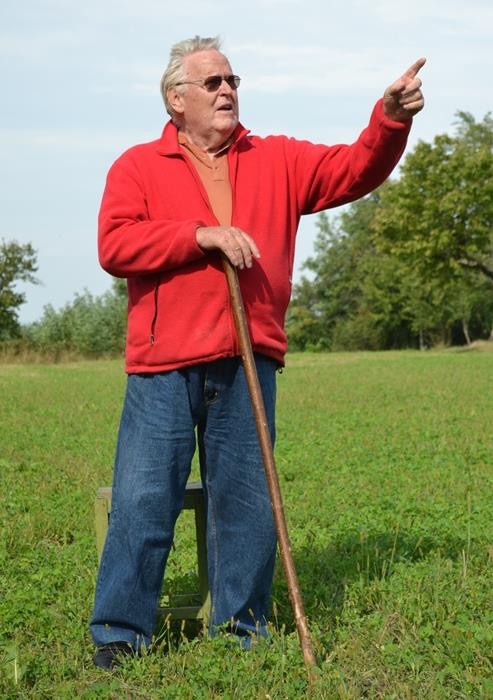 Roy was the Senior Pastor of the church he pioneered, when his marriage came to an end. This most significant disaster in his life nearly destroyed him. Feeling like he could not go on, Roy left his church of nineteen years and moved to Virginia to live with his sister and brother-in-law.

In the months and years to follow, Roy describes what he went through as the four D’s, Depression, Despair, Defeat, and finally Despondency. Though he would not admit it at the time, Roy was, in fact, a man of faith with the strength of a lion. God would not let him languish forever. Oh no. Christ was in him and scripture helped him keep his sanity.

“And we know that God causes everything to work together for the good of those who love God and are called according to His purpose for them” (Romans 8:28 NLT).

Roy began to attend his sister’s church and eventually headed up the men’s group. He had one consistent message. It’s not too late, God is not through with you yet, and the best is yet to come. I was in that men’s group and witnessed the optimism and faith that sustained him.

Roy went on a short-term mission trip to Romania, and developed relationships there with Christian leaders. On a subsequent trip to Romania, God sparked a vision in him and Roy began to stay for extended periods of time, preaching in churches all over the country.

He found the Romanians to be a poor people with a rich hunger for God. All day they would work in the fields, and afterward eagerly come to his meetings at night. The people touched his heart and he realized God’s purpose for the next phase of his life.

He received the vision and calling to reach the Nation of Romania for Christ. With only his small minister’s pension, he turned his face from retirement and set out on his greatest adventure with Christ as his only partner.

He bought an old house with a barn and declared it Apa Vie, which means living water. He repaired, and renovated the building into a conference center. From this commitment began Evangelistic meetings for youth, and Pastors conferences training hundreds for ministry. Roy has spoken before the elite political and scientific leaders in the country, including major Universities.

He developed an outstanding reputation among Romanians from all walks of life. Pastors and churches in the US have partnered with him and use his Apa Vie conference center as a base of operations for mission trips.

God proves through Roy that we do not have to wait until everything is in place to start. We must face the reality of our circumstances, hold faith in God and His plan for us, and act! You do not have to languish either. Don’t give up hope. Your dreams may seem impossible to accomplish. The four D’s may be your daily companions, but don’t quit!

Remember what the Bible says, “For God is working in you, giving you the desire and the power to do what pleases him” (Philippians 2:13 NLT).

Roy’s dream is still in progress as he has plans for further expansion. We are all part of God’s expanding Kingdom, so don’t fall prey to the four D’s. Take your rightful place in the Kingdom. With Christ, your dream is possible! In Roy’s words, “You are significant! The best is ahead of you! You never know what God is up to! Keep the faith, and trust God!